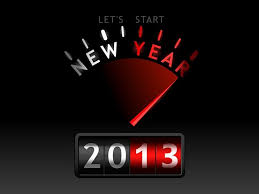 Wow, it's the last day of 2012. I was going to do the Monday Madness posting but figured that I'll do that next week. This time should be used instead to say thank you to all my wonderful readers, and my dear friends.

I hope you have a great New Year's Eve full of joy and fun and that your 2013 is better than ever.
Posted by Unknown at 12:11 PM No comments:

2012 is coming to an end. This has been a very rough year combined with 2 moves and loads of health issues. Also, we've seen some pretty terrible things this year. The devastation of Hurricane Sandy, the shootings in Connecticut and on Christmas Day we had tornadoes here in the Gulf Coast. 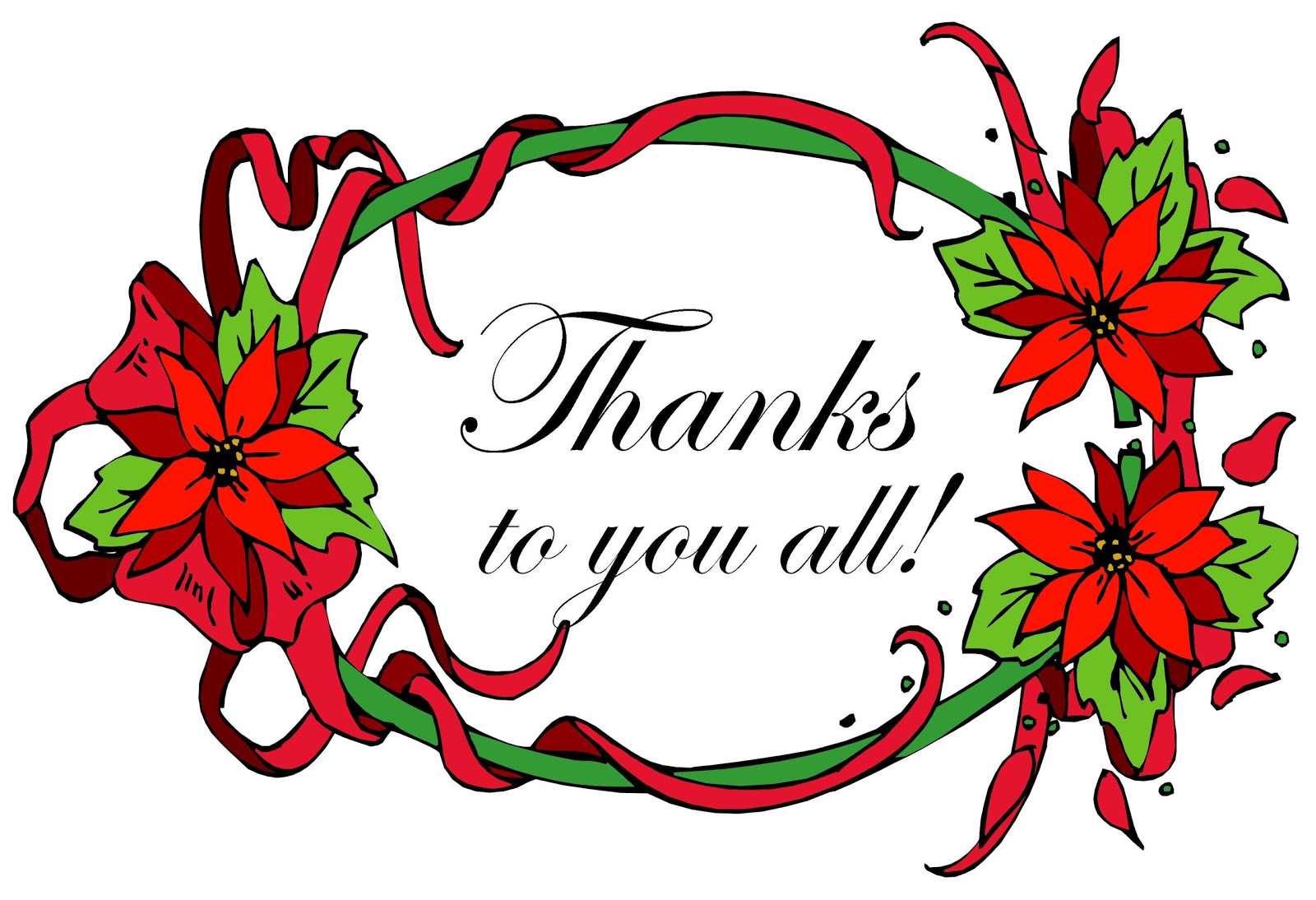 But I still have a lot of things to be grateful for and here now is a list of all the things that have made 2012 special.

1: My mom and best friend. I don't know what I'd do without her to laugh with. She's an angel on Earth.

2: N.J. Walters. This woman is amazing. She's an author but she's also a dear friend who always seems to know when I'm down and she does something to cheer me up. For Christmas she sent me THE most beautiful card ever and she made the card herself. It wasn't store-bought.

3: Kevin Hopson and Rose Oliveri. Both of these wonderful people have helped Mom and me through some really rough patches and I love them dearly for it.

4: Glenn Kleier. He is a constant source of friendship and support. When we moved into our new place he sent a couple of housewarming gifts that brought smiles to our faces.

5: Laura Stamps. I LOVE this woman. She helped mom and I when we desperately needed to feel safe. And she also sent us a housewarming gift. I am so grateful I joined Twitter just to have met this woman.

6: Mamabear & Spatz. My two adorable kitties. They are the ones I totally credit with bringing Mom and me out of a depression after having to move a second time.

7: Lea Schizas. She's my publisher but also a dear friend and we talk to her on the phone a lot. She's been there for me and for Mom through many of our more recent difficult times.

8: Litsa Kamateros: Our marketing director and the sweetest woman you could ever know. She too has been there for us and is a wonderful friend.

9: Gail Branan. This woman is wonderful and she helped in ways I can't express when we desperately needed it and thought we were alone.

10: Suzi Safi. I love this woman. She is the sweetest person ever. She's a dear friend whom I treasure and I wish I still lived close enough to visit. I miss you angel girl!

11: Charlotte Volnek. She is a dear friend who's kept my secrets even while she let me unload my troubles on her shoulder. Love you C.K.

12: Marion Sipe. I cherish this woman for making my mom smile. Best gift ever that I could receive.

13: Sara Durham. She has been a true friend for several years now and I am so grateful for her.

14: Nancy, Chris and Greta, my three editors. These ladies are wonderful and I adore each and every single one of them.

15: Emmy Ellis. I have known this woman for several years and she's a sweetheart and so much fun. Wish I lived in England.:-)

16: Tanja. She's been a dear friend and confidant to both my mother and me. I love you sweetie.

There are so many more, too many to count but I want you all to know just how much I cherish you. Happy New Year and may 2013 be an amazing year for us all.
Posted by Unknown at 12:27 PM 14 comments:

A new year is about to begin and with it new hopes and joys. So, I decided it was time to change the layout of my blog. What do you think? I kinda like it. It reminds me of a big pink candy cane.:-)
Posted by Unknown at 9:37 AM 7 comments:

Merry Christmas everyone from the Holmes family. L.J. Holmes, Kat Holmes, and our two kitties Mamabear & Spatz hope you have a wonderful holiday.

The Monday Madness and Tuesday Tunes features will return next week. Until then, enjoy being with family and friends. Happy Holidays.

Posted by Unknown at 6:01 AM No comments:

I am over the moon excited. Reflections Of Ice, book 2 in my Artica Lights series is now available from Muse It Publishing. I love this story. It means a lot to me and is a very personal tale. I hope you enjoy it. 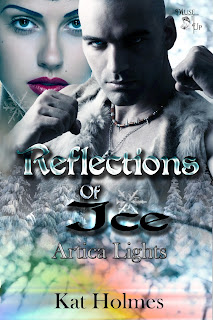 Delia is a woman on the run from her past. Everything she knew, even her own name are no longer hers. But that past is catching up to her.

Elric is a man from a land forever locked in winter. But with the help of a mirror and mystical lights he glimpses his future.

But can he cross time and space before the woman of his dreams vanishes on a tidal wave of malice?

He didn’t get home to see them nearly as much as he’d like, but his job took up a lot of time even when Awni wasn’t in a bad mood. Though he didn’t get home often, he always made it a priority to write every week and let them know how he was doing. He’d also write his brother, Lorric, and his wife, Cena. One of the things he was most looking forward to with the upcoming Faire was the fact his parents, brother and sister-law, and niece and nephew would be visiting. He’d get to spend time with them, which was a rare treasure.

After he sealed the last letter with wax and marked it with his stamp, he sighed and rotated his neck until he heard the pop of muscles realigning. Sitting back, he gazed at the mirror. His mirror had been a gift from his parents to celebrate becoming an advisor in the queen’s court. The mirror itself was made of pewter and etched into the frame were several snow dragons with ruby eyes. He’d added a small chair and table beside the mirror so he could write and attend to business there.

His father must have saved a long while to pay for the mirror because it was very ornate and the craftsmanship very detailed and stunning. The only way Elric would ever replace the mirror would be if it were broken beyond repair. Just thinking about the day his parents gave it to him to celebrate his new career brought a tear to his eye.

Just as the thought crossed his mind the image in the mirror started to blur and liquefy. It swirled and swished until suddenly it came into focus. But what it showed shocked the living daylights out of him as heat raced to his cock. Staring back at him wasn’t his own reflection, but a woman, wet and stark naked.

Today is my Mom's birthday. I love you so much. You are my best friend. Happy Birthday a gazillion times over. And this is so cool. My mom has a new book releasing today to celebrate her birthday. The Hidden Glade is releasing from Muse It Up Publishing. Follow the link to get your copy & help make Mom's day special. 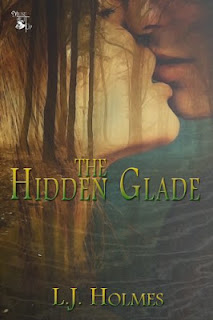 His eyes followed the sea-sprite. At first, he'd questioned his sanity. After all, it's not every day a man comes across a living mermaid. He'd first discovered her just before she'd arched her lovely spine like some graceful porpoise preparing to submerge. She was beautiful...not in the way of a movie star or a model...more in the way of a pagan princess. Her long hair touched the cleft just above the ripened swell of her bottom. His groin tightened, and he longed to wrap himself up in those silky, flowing tresses. Her breasts were full with large pinkish nipples standing at rigid attention when he first saw her...and were no doubt even more pointed now. Her legs were long, well defined and sleek. What he could see of her face had enchanted him; high cheekbones, an aristocratically chiseled nose, and full, pouting lips. He couldn't help wondering what color her eyes were, but he knew intuitively they would be deep enough for a man to drown in. Her tummy, he'd noticed, was not perfectly flat, but the softened swell did nothing to detract from the sensual beauty of her. Indeed, she was magnificent and so at one with her surroundings.

He watched her play, debating with himself about joining her. A cold swim might be just what he needed to relieve the painful rigidity pulsing against his suddenly too tight length of jeans.
Posted by Unknown at 6:00 AM 6 comments:

Today's song is a golden oldie that I think is just beautiful. And its just as relevant today as it was when released. Please enjoy "Imagine" by John Lennon.

It's that time again. Yep time for another great book. This week's great read is Vampire Interrupted by Lynsay Sands. This is book 9 in the Argeneau series and focuses on the matriarch of the family, Marguerite. 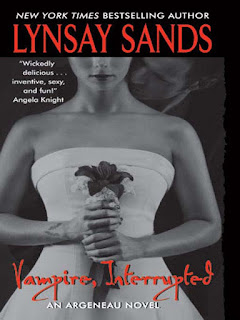 After finally being freed from 700 years of marriage to a cold and uncaring husband, Marguerite finally feels like she's living and embarks on her very first job ever...as a detective. Her first case comes to her from Christian Notte who's hired to find out who his mother is.

But his father Julius is not happy and comes to convince her to leave...at least until someone tries to cut off her head. Now Julius is determined to keep the woman who's definitely his lifemate safe at all costs and woo a very reluctant woman.

But the mystery surrounding Christian's birth won't be denied and before its all over Argeneau secrets buried beneath 500 years of secrets will come to light. Hopefully though they won't get Marguerite killed, or anyone else.

I LOVE this story. We finally learn why Jean Claude Argeneau has been so cruel to Marguerite all these years. And Julius is one hot alpha male. I waited YEARS for this book to be written.

To learn more about Lynsay Sands and all the books she has available, check out her website.
Posted by Unknown at 4:00 AM No comments:

Posted by Unknown at 2:45 AM No comments:

Trailer for Reflections Of Ice!

Reflections of Ice is book 2 in my Artica Lights series and is releasing from Muse It Up Publishing December 14th. Suzi Safi, the awesome woman who designed the cover made this fantastic trailer. What do you think?

Posted by Unknown at 9:58 PM No comments: