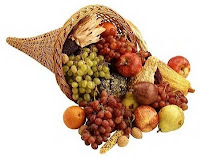 Happy Thanksgiving everyone. I hope you have a wonderful, peaceful and happy weekend. The things I am most grateful this holiday season are my Mom, my two sweet cats and my brother and new sister-in-law. I'm also eternally grateful to Red Rose Publishing because they took a chance on me and are about to publish my very first story. I also have some more good news that they have given me but I can't share it yet. Probably sometime next week. And lastly, I'm grateful to NJ Walters who's encouragement gave me the courage to try getting published. Bless you all and Happy Thanksgiving everyone. And even if you've already had Thanksgiving where you live like NJ Walters has, I still wish you a wonderful weekend.
Posted by Unknown at 2:38 PM 6 comments:

If you love books, now's the time to get a whole bunch while saving a lot of money. Friday the 27th Red Rose Publishing will be hosting its Black Friday sale. All books published before 2009 will be 50% off their cover price. Now's the time to buy and save on some really great stories. If you like to read and like to save money, do not miss this incredible sale. Just click on the link I have up for them or scroll down to the bottom of my blog and click on the Red Rose Publishing banner to be taken to their website.

I can say I'll be buying. I can't resist a half-off sale for books. The sale is one day only so don't miss it. Again, the sale is this Friday the 27th, Black Friday. Enjoy!
Posted by Unknown at 3:30 PM No comments: 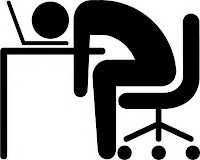 It took a lot of blood, sweat and tears but I'm finished my WIP. Well, that is to say I'm finished the first draft. I still have to go back and polish it, but I'm very proud of this story. It's my first full length story and I think it turned out really well. It's 48,000 words and it was totally a labor of love. I'm not going to tell you just now what the story is about, but I will say it's a ghost story. I have one other story ahead of it that I'm editing right now and once that is done I'll get this one ready to go. Then I think I'm going to take a week off before I start on my next story which has already made itself known to me. And, later this week or next week, I should have some good news to share. Later everyone!
Posted by Unknown at 12:42 PM No comments: 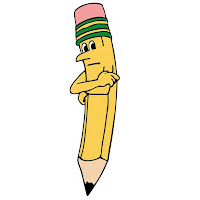 I was working on chapter 9 of my WIP and I ran into this snag. The first half of the chapter went really well and I liked where it was going. But the second half just felt royally wrong. It felt wrong as I was writing it and it continued to bother me hours after I completed it. It seemed like it had gone in the wrong direction and flowed badly. The second half was definately giving me fits.

So I thought, heck with it. I completely cut out the second half of the chapter and started over on it. I love it now. It's completely different than what it replaced. It not only flows better though, I think it really took the story in the right direction. Before, I felt I'd dug a hole that I just couldn't dig myself out of. By starting the second half over from scratch I was able to get myself out of that hole. It works so much better now.

I'd heard other authors say that sometimes they had to start over to move on and I didn't truly understand it. It seemed to me that you could just fix what you didn't like. But they were right. Sometimes a quick fix here and there is all you need, but sometimes, you have to start over. I absolutely love chapter 9 now. Can't wait to dive into chapter 10.
Posted by Unknown at 7:19 AM 2 comments:

Some more edits came today for my soon to be released story and I have gotten them off. I'm so excited. Soon, my cover flat should come and I totally can't wait to see it. I'm totally loving this whole process. Also, today I turned in a new story to my editor so we'll see where that goes and I am up to chapter 5 on my WIP. I'm loving this story I'm currently writing. I personally think it's a great story and it's coming along like hotcakes. I'm having so much fun.
Posted by Unknown at 5:56 PM 2 comments:

My Back Is Killing Me! 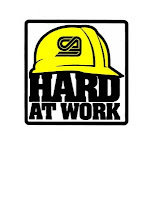 I have been working on that WIP I told you about and is my back killing me. I have gotten done the prologue and the first two chapters. This story is being very demanding that I work on it and work on it hard. But, I think it's going to turn into an excellent story. I really like where this is headed. However, I am headed for a long soak in the tub to ease my very stiff back muscles. Hopefully, tomorrow my muse will let me get away with just doing one chapter. She's a demanding mistress though so who knows.
Posted by Unknown at 3:06 PM No comments:

Ok this is so cool! My buy page for my story is up on Red Rose's website. There is no release date yet, but my story and a blurb about it is up on the webpage. If you want to check it out, click on the link for Red Rose Publishing that I have up and then click on authors and search for my pen name, Kat Holmes. You'll get to read a brief blurb of my story. I am so excited.

There is still stuff to do on the book. The editing process is not complete yet and the cover art isn't finished, but I am totally excited. As soon as I have the cover art, I'll post it. Also, I have started a new story. I'm not going to go into into detail about it because I don't want to jinx it, but it's looking as though it will be a full length novel when I am done. My story about to be published is not, but I am so proud. It's my first ever story to be published and I am beyond grateful to Red Rose for giving me my start and to NJ Walters for her encouragement. This is so neat!
Posted by Unknown at 4:21 PM No comments: 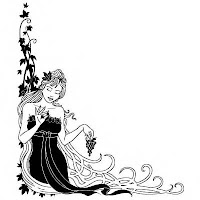 Happy November all. I hope you had a great Halloween. It's time for this month's Goddess of the Written Word and it goes to Kerrelyn Sparks. Congratulations. I absolutely love her vampire series. Angus' story is my favorite. You just can't beat a Scottish vampire in a kilt.

There are currently 6 books in the series with the 7th to be released early next year. They begin with book 1 called How To Marry A Millionaire Vampire and it introduces us to many of the characters who will be the main hero or heroine of the subsequent stories.

Like I said, Angus' is my favorite and his story is book three. While each book can be read as a stand alone novel, it is best to read them in order to understand everything that is going on. I have all 6 in hardbound and am eagerly awaiting the seventh. If you'd like to learn more about her books, click on the link I have up to her website. Kerrelyn Sparks is November's Goddess Of The Written Word. Congratulations!
Posted by Unknown at 7:58 AM No comments: