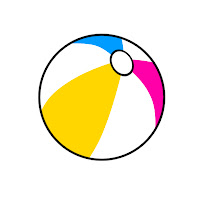 Is the summer hot enough for you? If not today's guest will help heat the party up. Please help me welcome Sandra Stixrude to the bash!

Look here. I know he’s not a boy anymore. The commander’s a grown man, grown far past a size that I could still drag from the field on my own and past the time when I should be chiding him like a child.

But he is a damned hardheaded fool sometimes. Sounds like disrespect? I’ve been with him longer than with any other commanding officer. Got nothing but respect for him, but I worry about him. Can’t help it.

They assigned me to Romenel Devar when we were both a lot younger. Me in my prime, him a raw lieutenant fresh from the Academy, bright-eyed and eager, all gangly limbs and ideas too big for him. Not sure any idea could be too big for him anymore. You could say he grew big, but that’d be like saying a mountain is big. His heart never had to grow. That was huge starting out.

Never mind all that. Point is, we’ve been through it. Victories, defeats, injuries, illnesses, foul weather and fair. Hardest time for me was when they separated us in the Mother Goddess’s city. They took him from his men, tortured him body and spirit until they got what they wanted from him. Me, they sent to the mines. I tried to keep the men going, the few I had left with me, as best I could, but it was a hard, anxious time. Didn’t know if he still lived. Didn’t know if he’d be whole even if we ever got free.

Then Marya came, of course. Came to the city quiet and brewed a storm. Set Captain Roke loose and…well, that’s another story. Our friend, the writer, was kind enough to chronicle the whole amazing tale in Marya. If you’ve never met our Marya, I’d say you need to start there.

So we had our Lieutenant back, and soon he wasn’t even that anymore, but Commander Devar, at the head of his own private army. I left the regiments to follow him, of course. What was I supposed to do, start over with another snot-nosed brat of a green lieutenant? I belonged by his side. He needed me. That’s what I told myself.

Lately, I’m not so sure. He used to confide in me. Ever since we left home, though, he’s kept most of his thoughts locked up tight. Don’t know what he’s thinking half the time. Doesn’t give me a chance to help him plan…whatever it is he’s planning. And then there’s the whole mess with that beautiful soldier, Kyliki. Any idiot could see she loves him. And don’t go telling me he doesn’t have feelings for her, though he’ll tell you it doesn’t matter. I suppose you’d have to read the first part of the commander’s story in Romenel: Voyage Into Twilight to truly understand what I’m on about.

Pardon, what’s that? Ah. Our faithful chronicler tells me the second half of the story will be ready to share with you on August 19th. He had better shape up, that’s all I have to say. Had it up to my eyeballs. And then some...
We’ll leave the sergeant to his private grumbling for now. But join us for the exciting conclusion of Romenel’s story in Romenel: Obligations of Blood. We’ll just see then whether he shapes up or not. All depends on whether he survives.

Thank you for being here. And so the party continues!:-)
Posted by Unknown at 12:24 AM

I loved your posting and am still mopping up the drool from staring long and hard at your covers.

Thank you, Lin! *hands over the paper towels* I do hope you enjoy the stories as well!